History of Ice Cream – From Then to Now!

Did you know that the history of ice cream starts with a mythical origin? Well, it’s not surprising as the dessert itself is magical, and just a mention of it can conjure up summer memories, stories, and feelings around the globe!

While different countries each have their own spin on this delicious frozen treat, its origin follows the same legends, whether it’s called ice cream, gelato, kulfi, or mochi. 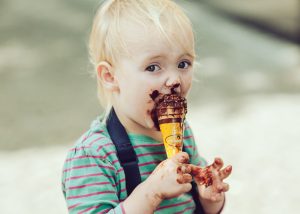 The History of Ice Cream

Several myths surround the question of how ice cream was invented. While some sources describe ice cream-like foods in Persia around 550 BCE, the most known legends refer to the same in China around 618 – 97 BCE.

Massialot described his recipe results as coarse, with a pebbly texture, while Latini said his should produce a fine consistency of snow and sugar.

A 1744 North American reference to ice cream described a delicacy with strawberries and milk, which was most delicious to eat.

Colonists from Quaker introduced ice cream to the US through recipes. In 1790, a New York store merchant recorded ice cream sales amounting to approximately $200 during the summer to George Washington. Dolley Madison, First Lady and wife of US President James Madison, served ice cream to guests in 1813. Agnes Marshall and Nancy Johnson respectively invented small hand-cranked ice cream freezers in England and America during the 1840s.

During the 16th century, relays of horsemen were used by emperors of the Mughal Empire to bring ice to Delhi from the Hindu Kush for sorbet making. Also, in the 16th century, the creation of kulfi originated, which is similar to Persian ice cream. 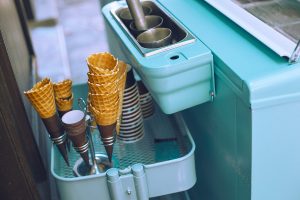 While there’s still uncertainty on how ice cream was invented, some important events throughout history color the picture:

1700: Governor Bladen of Maryland delights his guests with ice cream.

1776: New York City is the first to open an ice cream parlor in America.

1843: Nancy Johnson creates a small-scale hand-cranked ice cream freezer and receives the first US patent for it.

1938: J.F “grandpa” McCullough and his son serve soft serve for the first time.

Name: The term ‘ice cream’ originated from the process involved in making it. In 1688, the words were included in the Oxford English Dictionary, and the term showed up in 1744 as its name.

Flavor: While there are endless flavors to ice cream today, the history of ice cream records a honey and nectar combination with ice as the first one.

Industry: In 1851, Jacob Fussell opened the first ice cream factory after he had a surplus of cream. His business boomed, and the wholesale ice cream industry was then born.

Ice cream has surely come a long way. While some find it interesting to know how ice cream was invented, others are simply grateful for the way it has evolved and is still evolving. Today, approximately 15.4 billion liters of ice cream is consumed annually worldwide, we can now make it in our own homes with the help of the world’s best ice cream makers, and we even have a National Day dedicated to it! 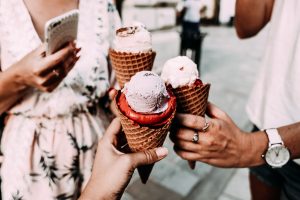 As the history of ice cream spans worldwide, so does its existence today. It’s one of the most popular cold desserts and is undoubtedly here to stay wherever it originated from! 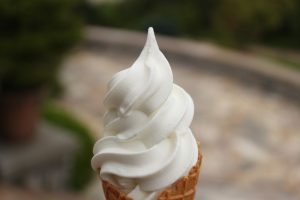 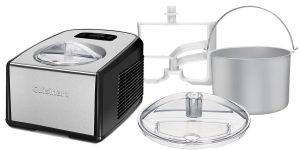 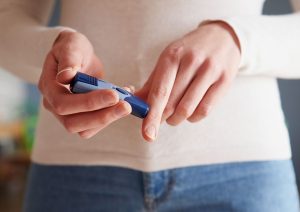