How to Choose an Ice Cream Maker

Summertime equals cold treats like ice cream and popsicles, but if you’re trying to save money, an ice cream maker might just be the ticket. But how do ice cream makers work?

While there are many styles of ice cream machines, choosing one can be a little difficult. Here are some of the basic types.

The second type kind of ice cream machine is more modern and also takes a bit less work. And while quite similar in appearance to the electric models mentioned above they differ in the way they achieve their “chill.” Instead of using rock salt and ice, these ice cream makers use a a double walled container that has refrigerant between the two walls. Before use, the container must be placed in the freezer for about a day or overnight, to lower the temperature of the coolant to below freezing. If you’re shopping for this kind of ice cream maker, look for brands like Cuisinart and Krups.

The last type, called an ice cream freezer, is bigger and more expensive than the two other types of ice cream machines, but if you make lots of homemade ice cream, it may be worth the expense. Again these work using the same idea as the hand-powered models but again these differ in how the ice cream mix is chilled. Basically this is an ice cream maker with built in freezer which takes care of chilling your ice cream mixture.

Some models come with a mixing bowl that can’t be removed which makes cleaning hard. So you might want to take that into consideration when buying.

Besides being affordable and fun, an ice cream maker lets you control the ingredients of the ice cream. And making homemade ice cream can bring the whole family together, at least it did in my house growing up. Still today, I have many wonderful memories of cutting up Snickers bars and watching my grandma make our homemade ice cream.

Looking for your own home made ice cream maker? We have you covered – check out our latest reviews. 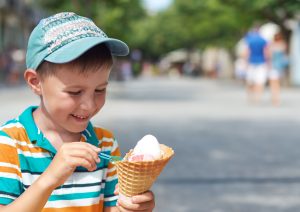 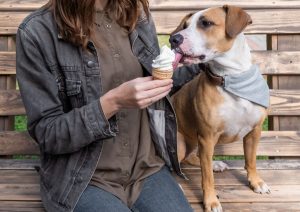