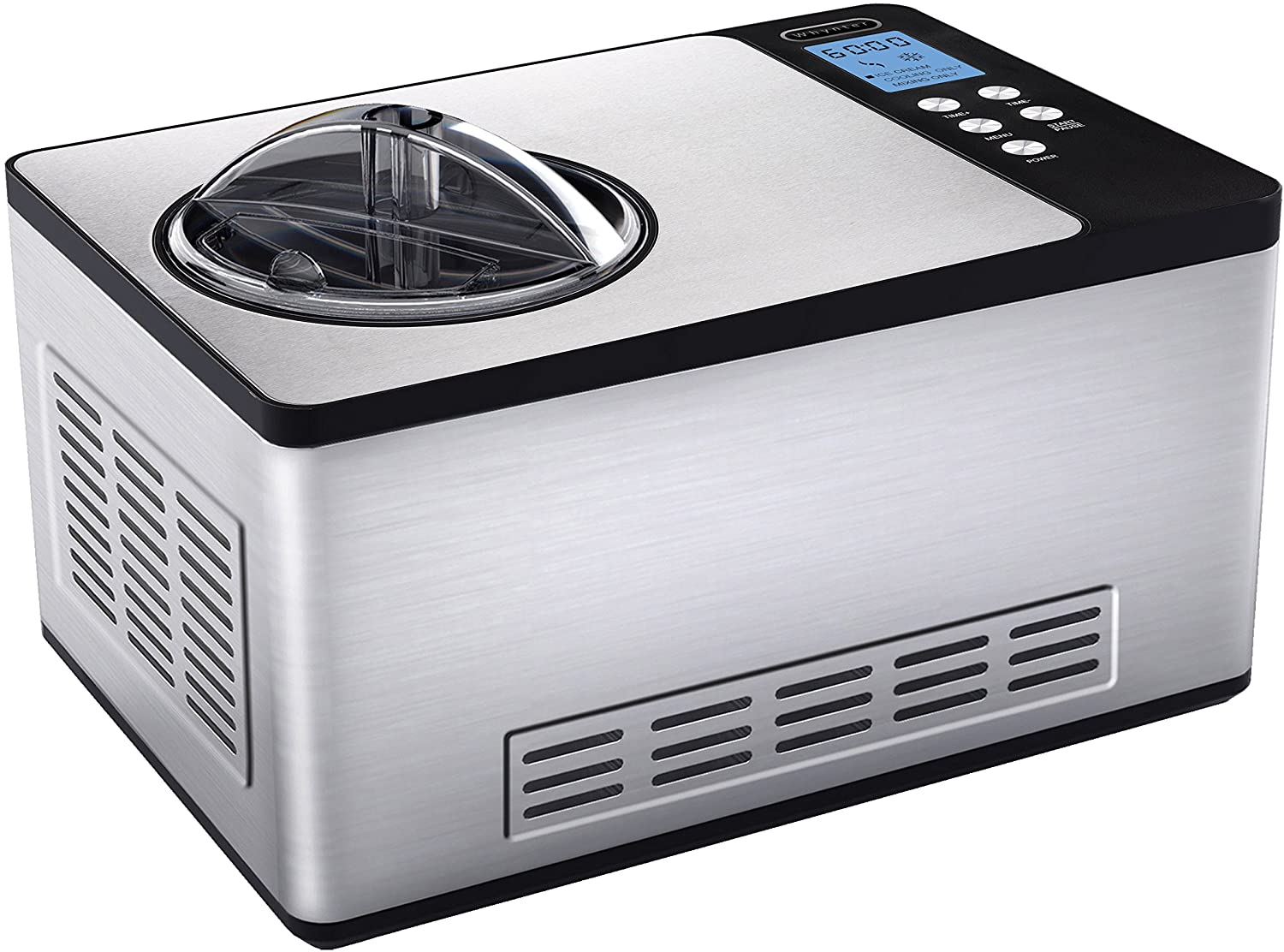 The Whynter ICM-15LS Automatic Ice Cream Maker is one of the most versatile ice cream makers on the market. It prepares delicious and luscious desserts within the timespan of 30-40 minutes. The multipurpose functions of this ice cream maker enables it to not only prepare ice cream but other frozen treats such as frozen yogurts, refreshing sherbets, fresh sorbets and Italian gelato.

It consists of unique and superior features that customers are not likely to get in other budget ice cream makers. In contrast to the other models, this Whynter ice cream maker is structured as a self-reliant, free-standing frozen dessert machine that does not require the element of pre-freezing. Coupled with this, it is also known for including a churn blade, built-in compressor, and removable bowl and other various features that make it feasible for you to use it effectively.

According to reviews posted on various social media platforms – it is evident that this Whynter Ice Cream Maker has been very highly rated compared to other ice cream maker models.

Built-in compressor: It consists of a reliable and powerful compressor that is already built inside the machine, which majorly ensures that users can use it consistently without any hurdles caused in pre-freezing the bowl.

LCD timer control: This feature includes a timer, which is electronic, and a digital temperature display which ensures that the user does not need to wait hours for freezing. Moreover, it serves as a motor drive, which automatically functions by switching off the machine which prevents the mixture turning solid.

Keep cool function: If by any means the compressor shuts off, the Whynter Ice Cream Maker incorporates a very basic “keep cool” function, which allows the ice cream to stay cool for the next 10 minutes until the compressor starts functioning again.

BPA free stainless Steel: This ice cream maker is free of BPA, which ensures the machine is safe from chemicals and the ice cream produced from it can be conveniently eaten without any worries. It includes a BPA free removable mixing bowl and churn blade, which makes it feasible for the user to wash it effortlessly leading to adequate and smooth cleanliness of the instrument and allowing trouble-free storage of the ice cream.

What do Customers Like About the Whynter ICM-15LS Automatic Ice Cream Maker?

Rapid Production: It prepares the ice cream in a minimum of 30 minutes and a maximum of 45 minutes and this is considered to be a very quick period taking into account that it is a compressor machine which are usually known for taking an extended time.

No pre-freezing:The user doesn’t have to stress about pre-freezing the ice cream bowl so you can prepare your ice cream as soon as you desire.

Convenience: It has a removable mixing bowl that can be removed easily and this makes the cleaning of the machine easy. The removable bowl warms up very quickly so any ice cream that is placed on the side melts away enabling the user to clean it quickly. Users suggest that the machine is quick to clean within 5 to 6 minutes only.

What Could Be Better?

The appearance: This ice cream maker is not as attractive as the function it embraces. The control panel that it carries is very poor looking and it also looks inexpensive when in reality it’s not as cheap as it looks. Owners have considered it to be one of the unattractive ice cream makers.

Controls: The panel of control consists of three basic buttons, which are not very perceptible by touch. Moreover, the timer is not very adjustable according to the needs of the users. The machine has an inbuilt timer that just functions in a single direction and has a 10-minute interval only which makes the control very basic so this could be worked upon.

If the Whynter ICM-15LS Ice Cream Maker doesn’t fit your interest and preference, then the Breville Smart Scoop or the Lello 4080 would be the best alternative.

Ice cream enthusiasts who wish to whip up desserts in their home and want a machine for a  reasonable price will find the WhynterICM-15LS Automatic Ice Cream Maker worthy of consideration. It is user-friendly with an inclusive capacity of 1.6 quarts and quicker cleaning. 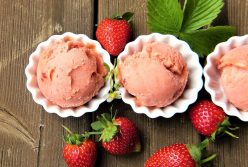 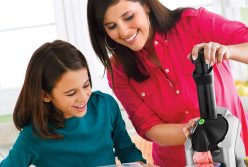 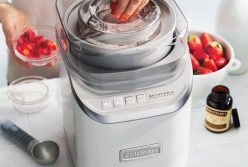 Join Me in the Fun of Making Ice Cream at Home!

Hi, my name is Simone and I LOVE making and eating ice cream. I have searched long and hard to find the best reviews and tips on the best ice cream makers.

As a young mum I am sharing my passion for ice cream making with my kids and am encouraging them to learn all about the process of making ice cream.